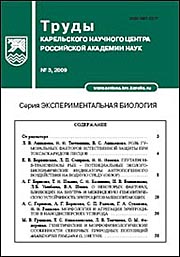 Transactions of the Karelian Research Centre of RAS

The journal publishes papers on the game-theoretic analysis and optimal management methods as applied to the economy, environment, politics and management. The game-theoretic approach has vast potential for dealing with social, economic and political problems. On the other hand, the game theory itself would benefit from studies on real-life decision-making problems.

In publishing the strategic analysis tasks we aim to maintain the linkage between the mathematical theory and its applications. The papers shall offer rigorous analysis of existing problems and future research perspectives. The journal accepts articles devoted to the game-theoretic approach applied to any spheres of the economy, management, environment and politics.